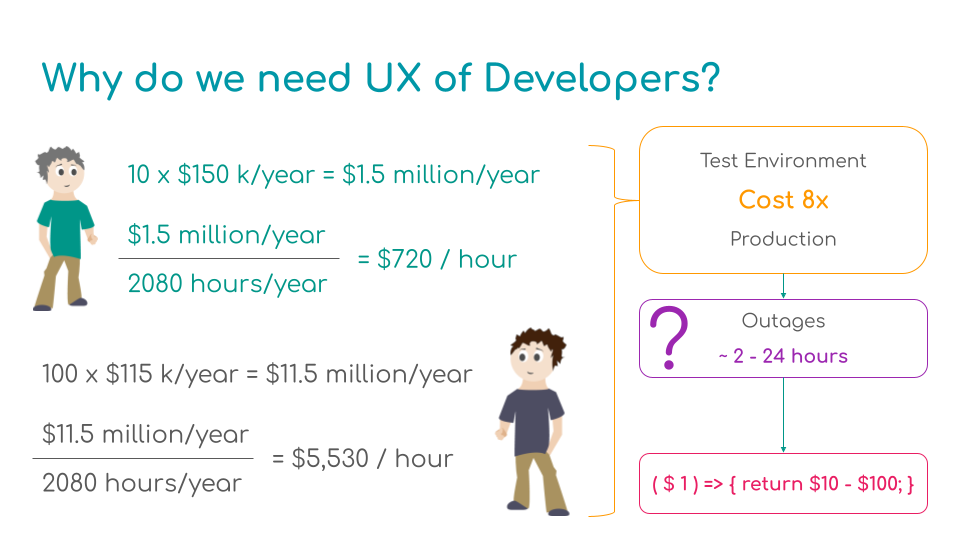 We all understand the value of focusing on User Experience when designing products and services. Costs go down, revenues go up, satisfaction and efficiency both increase while errors and complaints decrease.

But are you sure that you have identified all of your users? For most companies, there is a major category of people that are often overlooked: Software Developers. Developers are users of many systems within an organization: databases, web services, web hosting, authentication providers, and more. However unlike most users, developers depend most on the environments that are considered non-production, and the direct and indirect costs of outages are rarely considered.

What is the impact of equipping a developer with a $1,000 laptop instead of a $5,000 multi-screen rig? What happens to your product development when one of your developers quits and a new person joins the team? How can you support developers that write clean, maintainable code?

We will look at best practices for supporting the developer experience, including documentation, processes, tools, and supporting systems.

Want me to speak at your event? Drop me a line!